For general discussion or if you need help, you can join the discourse forum or chat on the mattermost server.

The full tarball for the 3.0.0-alpha.2 release of LibreTime is available here.

This info is an early warning that we're deprecating a major os version.

Debian 9 (Stretch) is now available and installing LibreTime on Wheezy probably never worked properly out of the box.

The following issues need a workaround for the time being. Please search the issues before reporting problems not listed below.

Out of the box the installer installs a broken, outdated version of silan on all Debian based Platforms (ie. Ubuntu). This affects all distros supported by the installer except CentOS which doesn't have upstream packages and you may either install from source or use the 0.3.3 packages from RaBe APEL.

You can check the version of silan by running with silan --version which should report 0.3.3 or with sudo dpkg -s silan | awk '/Version/ {print $2}' that will show the exact package version you installed. Please include this information if you file bugs concerning silan.

There are multiple workarounds to this issue and a bug against the upstream has been opened with Debian. Until this is sorted you should pre-install silan from a source you trust. If your distro hasn't updated to 0.3.3 yet you can also help by asking your distros maintainers for a bump.

LibreTime is looking for a Debian Maintainer willing to adopt silan. This would be a much appreciated good deed to the open source broadcast community, both terrestrial and online. Your contribution to silan could literally make a difference to millions of listeners daily.

The following solutions have been reported to work.

Works for all relevant Debian and Ubuntu distros and installs silan 0.3.3~nmu1.

Since build.opensuse.org can't build Debian packages on arm due to missing dependencies, the 0.3.3~nmu1 arm package was built in a docker crossdev environment. This is reported to work on Debian Jessie on a Raspberry Pi 3 Model B.

It's worth mentioning that you can disable cue point detection by removing silan from the system.

aww) or have other side effects.

LibreTime currently only supports liquidsoap < 1.3.0 out of the box. If you install a current version of liquidsoap using OPAM or through the Rabe Liquidsoap Distribution for CentOS (RaBe LSD) you will most likely have liquidsoap 1.3.1 installed.

You can check your liquidsoap version by running liquidsoap --version.

If you already have liquidsoap >= 1.3.0 you have a couple of options.

You can patch your installation of LibreTime to support liquidsoap 1.3.0.

An up to date patch is available through GitHub and can be applied to an unpacked tarball as follows.

Git users can pull from the branch at https://github.com/libretime/libretime/compare/main...radiorabe:feature/liquidsoap-1.3.0 directly.

You can downgrade an OPAM install of liquidsoap by running the following command.

I made some git of theseus graphs on the history of LibreTime. What makes these interesting is that the project started in CVS, was migrated to Subversion and then to Git the commit history always being preserved. Let's have a look down the shoulders of the giants we're standing on. 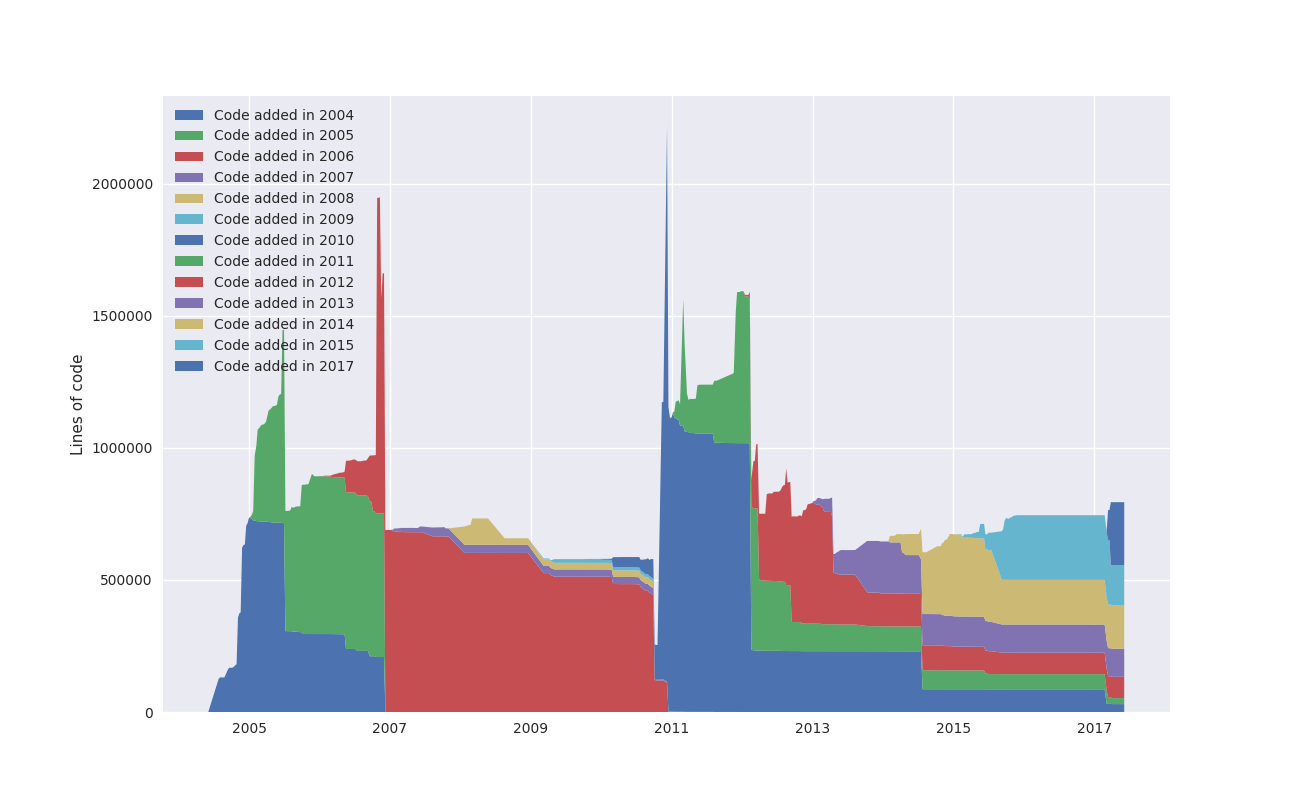